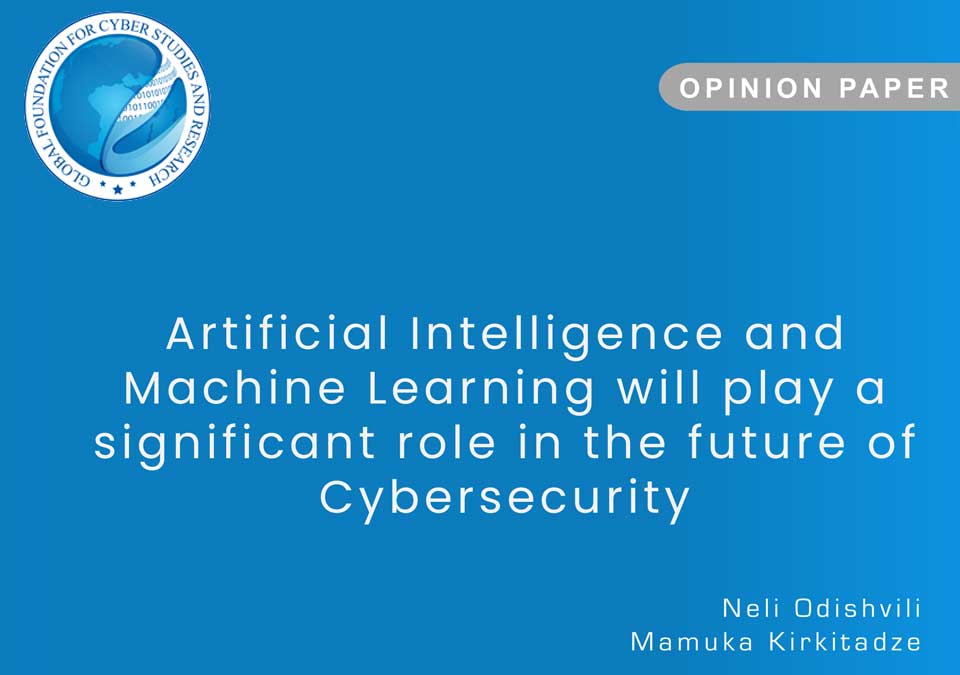 By Neli Odishvili and Mamuka Kirkitadze

More than 30 nations have already created national AI strategy. The United States and the European Union have established themselves as the early contenders in AI, but China and Russia are challenging their lead. In July 2017, China announced the “New Generation Artificial Intelligence Development Plan” which outlines China’s strategy to build an AI industry worth nearly US$150 billion and to become the leading AI power by 2030. Following China’s statement, Vladimir Putin publicly announced Russia’s intent to trail AI technologies, saying, “Whoever becomes the leader in this field will dominate global affairs.” In 2018, U.S National Defense Strategy singled out AI as one of the pivotal technologies that will help the United States to fight and win the wars of the future.

Neli Odishvili is researcher at the Global Foundation for Cyber Studies and Research.

Mamuka Kirkitadze is a Policy Analyst at the Global Foundation for Cyber Studies and Research. His expertise lies in areas related to technology and national security, information operations, intelligence and open-source analysis with a strong interest in cybersecurity.