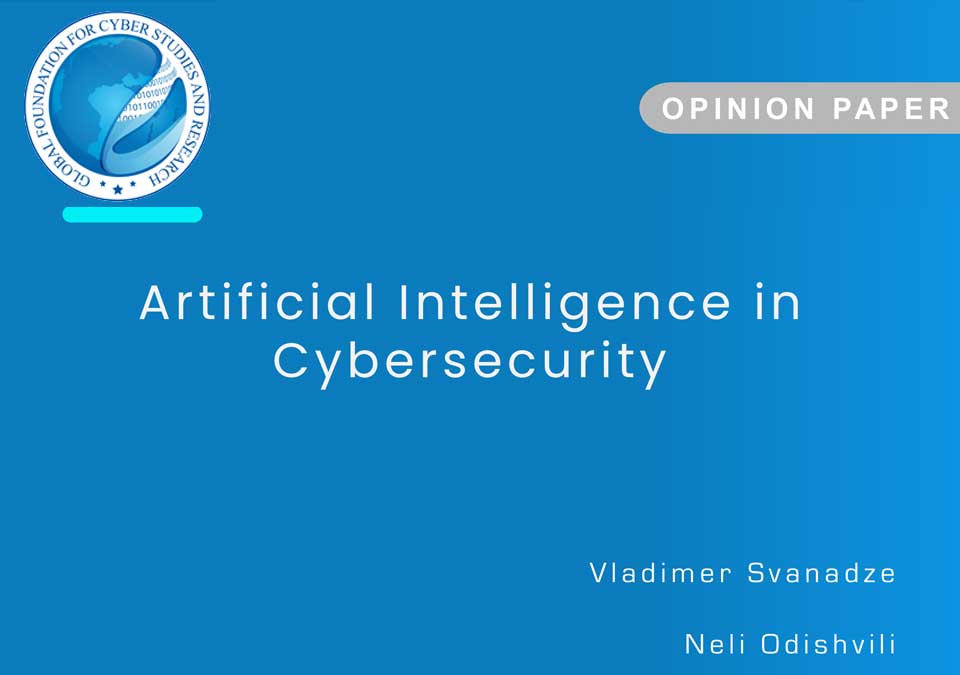 By Vladimer Svanadze and Neli Odishvili

Researches conducted by organizations such as Oxford Insights, Deloitte Insights, and PWC reveal that artificial intelligence is expected to generate an average of 15.7 trillion USD in additional income between the years 2025 and 2030, while GDP is projected to further increase to 26%. As a result, the demand for data scientists, data analysts, and artificial intelligence, and machine learning expertise will be the most in-demand capabilities by 2025.

The use of artificial intelligence (AI) is now becoming a part of every domain to address cybersecurity-related tasks and thus, is gaining significant traction from both the private and public sectors. Researches, surveys, and predictions indicate that artificial intelligence is playing an increasingly pivotal role in cybersecurity and the supply chain market. In 2016, it was valued at around $ 1 billion, whereas the predictions indicate that by 2025, that index will stand close to $ 350 billion. The capabilities of artificial intelligence and its relevance at the national level can complement cybersecurity in defense strategies. The rapid development of information technology and Internet technologies, in general, has led to growth in demand on relevant security requirements. At the same time, there are growing global initiatives to set standards and certification procedures to raise awareness and trust regarding artificial intelligence in consumers.

However, the use of artificial intelligence (both machine learning and neural networks) in cybersecurity has its merits and demerits. Although it can substantially improve cybersecurity practices, however, it can also allow new forms of attacks, which can pose a serious threat.

Statistics also show that the active use of artificial intelligence without significant control measures in place, especially in its early stages, produces insufficient levels of trust to be categorized as unjustified. To minimize the security risks it is imperative to have some form of control to ensure the reliability of artificial intelligence to complement cybersecurity

Dr. Vladimer Svanadze is a senior policy analyst at the Global Foundation for Cyber Studies and Research. He also serves as the Chairman of the Board of Internet Development Initiative (IDI) in Georgia and also the Co-founder of the Georgian Cybersecurity Academy (CSA). He has served on several prestigious positions such as; Consultant for ‘LEPL Cybersecurity Bureau’ for the Ministry of Defense, main advisor at the State Security and Crisis Management Council at the Prime Minister Office of Georgia. He has led several projects of national importance including the drafting of the Cybersecurity Strategy and Action Plan of Georgia.

Neli Odishvili is researcher at the Global Foundation for Cyber Studies and Research.