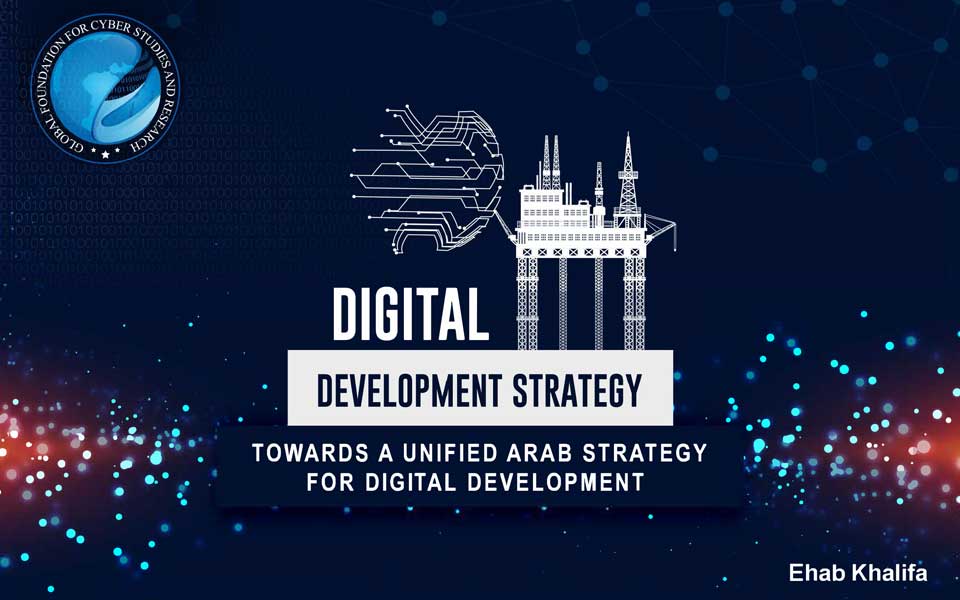 Technological developments can reshape all human interactions, whether social, political or economic. They directly affect the shape of the state, the functions of government and needs of the population, and create new types of values and customs as well as new threats and crimes. Humanity is entering a new phase of human development driven by artificial intelligence techniques, the Internet of Things (IoT), 3D printers and other smart technologies that are the engines of the Fourth Industrial Revolution.

Developing societies in general and the Arab countries in particular are among those most affected by this technological revolution, as they are a very attractive market for consumer technological products. However, there is no Arab industrial base that enables them to keep pace with technological developments. Many of these countries suffer from traditional problems such as corruption, unemployment, pollution and resource waste, which smart technologies can contribute to overcoming.

The Arab region is largely homogeneous in terms of culture, values and attitudes, but has significant differences in terms of technological development. Some countries and societies have made great strides in technological modernization, such as the Gulf States, while others, such as Tunisia, Egypt and Morocco, are struggling to keep up. There are also countries experimenting with e-Government, such as Algeria and Libya, and countries far behind like Sudan, Mauritania, and Comoros.

Therefore, the absence of a unified Arab vision and strategy for digital development threatens the stability of the region more than it is already, and distorts the region’s balance even more. This paper seeks to draw attention to the transformations of the Fourth Industrial Revolution and proposes a preliminary formula on which to build a unified Arab strategy for comprehensive digital development.

Ehab khalifa serves as the head of Monitoring Technological Developments Unit and Chief Technology officer at Future Center for Advanced Research and studies, UAE. He is also a Ph.D candidate at Cairo University. Ehab has published three books: ‘Social Media Warfare’ (2015), ‘Cyber Power: Managing State Affairs in the Era of Cyberspace’ (2017), and ‘Post-Information Society: The impact of fourth industrial revolution on national security’ (2019). He was awarded the ‘Best Book’ prize at the prestigious Cairo International Book Fair, 2018.