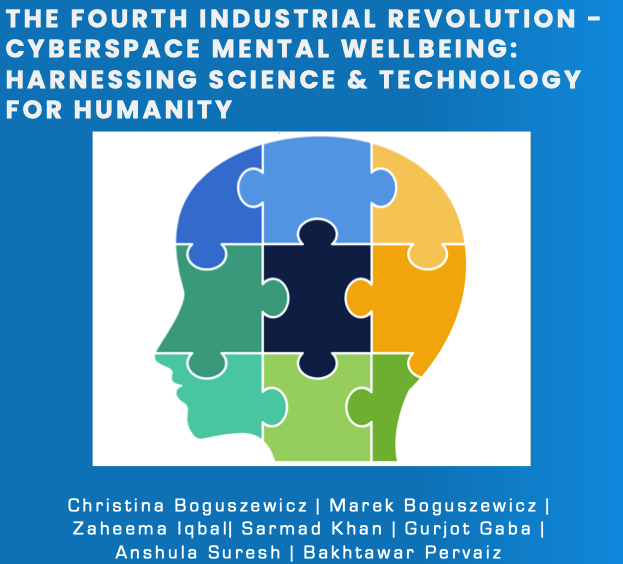 In the fourth industrial revolution, where almost the entire world is connected through the internet, mental health plays a great role. The National Center for Health Statistics noted a suicide rate increase of some 35 percent between 1999 and 2018, with the rate growing approximately 2 percent a year since 2006. Suicide is now the tenth leading cause of death in the United States. Depression increases suicide risk—about 60 percent of people who die by suicide have had a mood disorder. The Health Care Cost Institute’s 2018 report disclosed that per-person spending on mental health admissions increased 33 percent between 2014 and 2018, while outpatient spending on psychiatry grew 43 percent. Between 2007 and 2017, the percentage of medical claims associated with behavioral health (both mental illnesses and addictions) more than doubled. According to WHO, currently, there are 970 million worldwide sufferings from mental health disease worldwide and it is predicted to grow and will be the main cause of disease by 2029.

Cyberspace, driven by information systems and the Internet, is changing our world in unprecedented ways by facilitating economic development and creating innovative ways for people to communicate, engage, negotiate, and collaborate with one another. There is almost no aspect of human endeavor that has not been domesticated in the realm of cyberspace. Personal and societal changes are brought on by cyberspace. The number of human events that have shifted from actual, face-to-face meetings to interactions facilitated by remote, distant connectivity has increased dramatically, changing human behavior, goals, governance, parenting, and so on. The wellbeing of cyberspace, like public health, has an effect on about every area of contemporary culture. Businesses, governments, and societies would be unable to survive if critical elements of the cyberspace system are compromised or lost (Hinduja & Patchin, 2010). Failures in cyberspace health may have a huge impact on a nation’s strength.

Dr. Christina is a seasoned business cyber-psychologist, business transformation leader, a trusted C-level adviser, and one of the pioneers in Singapore and Asia to combine Science and Technology in transforming organizations into a Profitable, Resilient, and SMART Corporation.

Marek is one of the world’s top experts in digital transformation and cybersecurity, a senior technology executive/adviser/speaker with over 30 years of experience in Technology-Finance, Digital Transformation, Cyber Security, Blockchain, and NextGen 3.0 DLT Technology.

Ms. Zaheema Iqbal is a senior cybersecurity policy researcher at the National Institute of Maritime Affairs, Bahria University Islamabad, Pakistan. She is a graduate of National Defense University, Islamabad.

Sarmad Ali Khan is an independent researcher working on international security with a focus on the transformation of the security landscape in Asia-Pacific. Previously, he worked at the South Asian Strategic Stability Institute (SASSI) University as a Research Fellow.

Gurjot Singh Gaba is a cybersecurity enthusiast with primary research focuses on securing the Internet of Things. During his 10-year experience as faculty, he delivered lectures for 4000+ hours on 20+ theory and lab courses.

Anshula is currently pursuing her Master’s in Clinical Psychology and has a keen interest in scientific research. She has conducted prominent and conspicuous researches with noteworthy findings, has great observational skills, and a peculiarity of experiential learning along with a significant ability to perform well in a team.

Bakhtawar Pervaiz is a researcher working on national security and policy issues. She writes research articles on various contemporary national issues. She holds an M.Phil degree in Government and Public Policy from National Defence University (NDU), Islamabad, and also holds a Master’s degree in Computer Science from Pakistan.